No Slip Wingtip Dockers for Men

Did you know that wingtip dress shoes were considered peasant shoes back in the 18th century? However, they have evolved to what they are now, one of the top shoes in the market. Most people assume that the wing tip shoes are strictly for official purposes. This may be so due to their leather texture, shape and style but the wingtip is considered less formal compared to the ordinary official dress shoes. 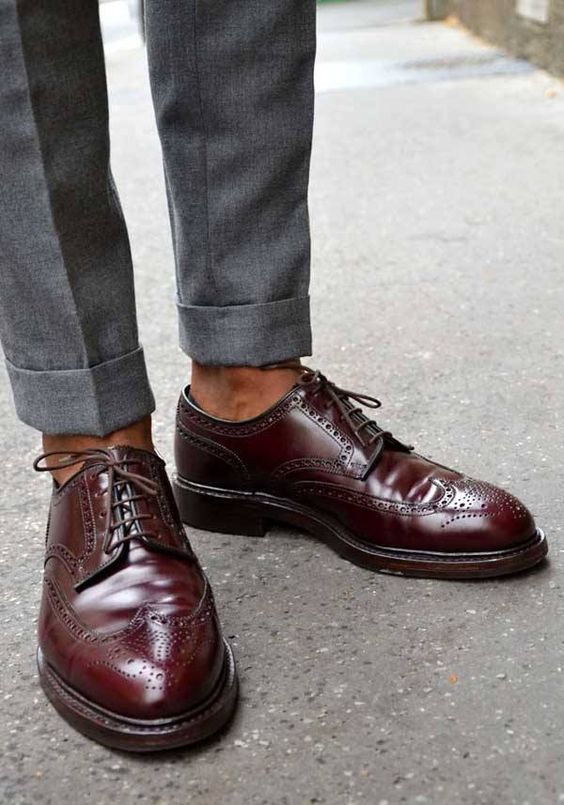 If confidence and class is what you aim at exuding then a classic pair of no-slip wingtip docker will do the job. Dockers Russell designs their wingtip classics with perfect accentuation of brogue detail and a perforated lining for added breathability. 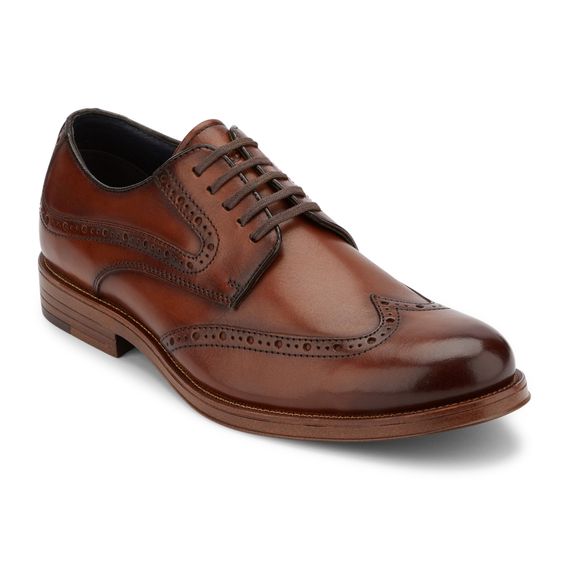 The top layer of wingtip dockers is designed with water-resistant material. This not only gives the shoe durability but also guards against the everyday wear and tear.

Each pair of wingtip dockers is designed for a perfect fit in order to guard against blisters that usually occur as a result of a shoe rubbing against the skin. A perfect fit gives you a confident walk as well. 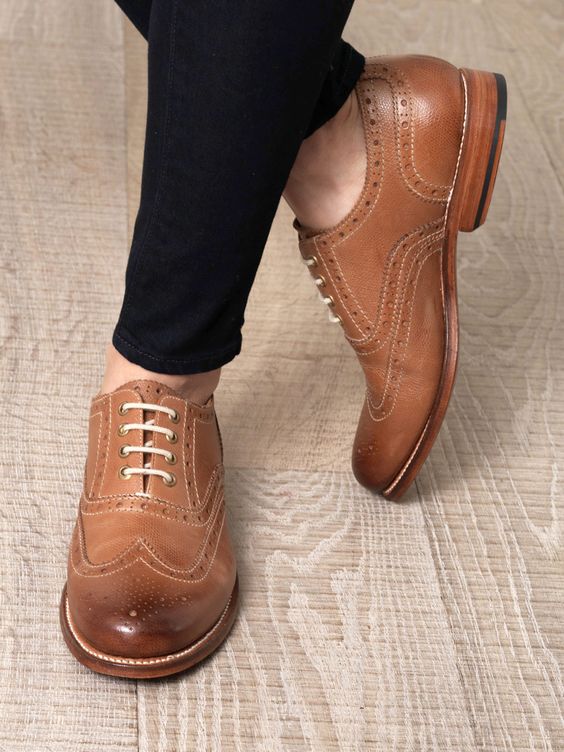 Before heading out to the stores to purchase a pair, it is informative to know that the wingtip dress shoes belong to the brogue family. The term ‘full brogues‘ is commonly used in shoe stores to refer to the wingtips.

In respect to history, you would be interested to know that originally, the wingtip shoes were made of pure and heavy leather material. The holes in them were decorative but their main purpose was to allow water to flow in then back out. This might be a dreadful thought in the modern day but back then, crossing swampy regions was the order of the day and this design facilitated dry feet faster than any other shoe design. With the modern wingtips, the holes are not punched all through the leather but rather, on the surface for decorative purposes. 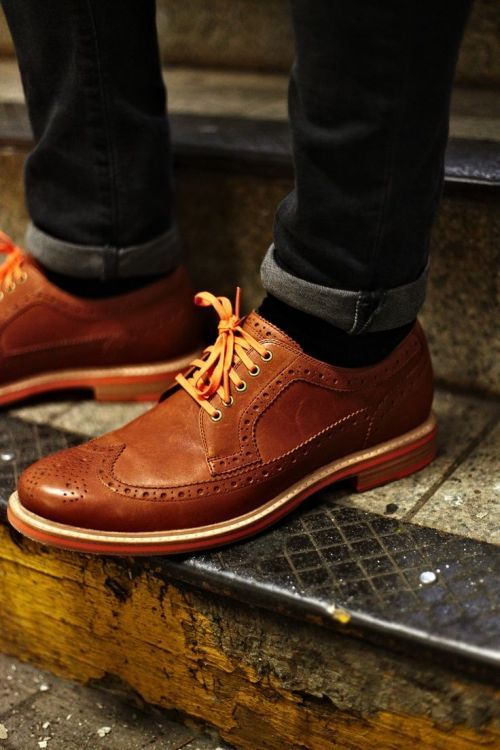 Due to the fact that these shoes are considered more casual than official, they are inappropriate for serious and high-end formality official/ business meetings or even somber events such as funerals. In this case, wingtip dress shoes can be worn with jeans, khaki pants, corduroy, collared casual shirts, and sports-coats. 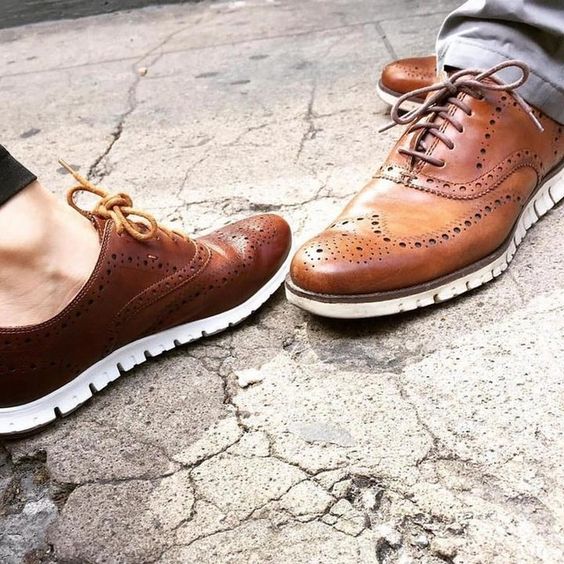 However, this depends on the design and color of the shoe. Black ones with slim wings that only run up to the side of the foot can qualify as official shoes. White ones with black wings that run all the way to the back are strictly casual and so are the brown and red ones.

Historically, these shoes are considered casual/ leisure shoes. This is due to the busy eye-catching punched hole and a stitched design. The busier the design, the more casual the shoe is. Did you know that there are four types of wingtip/ brogue casual dress shoes?

These have a seam stitched design that runs across the cap only.

In addition to the seam stitch design that runs across the cap as with the quarter brogues, it has some perforated design at the surface of the cap

This shoe bears the same features as the semi brogues but considered a full brogue/ wingtip because it also has the perforated wing design that runs along the seams. However, it is important to note that unlike the quarter brogue that has the seam running straight across the cap of the shoe, this one is wing-shaped.

In the full brogues, the wings go up to the midsection on either side of the shoe. With the long-wing design, the wings run all the way to the back which forms a complete circuit.

Sometimes all of these shoes feature a stitched or serrated design at the edges/seams. The quarter and the semi brogues were the original designs and modernly considered official. The full and long-wing brogues are a modern design purposely meant for decorative purposes and more casual than official.

Although very decorative and appealing to the eye, one should be very cautious about the outfit they choose to pair the no-slip wingtip dockers with. They can be worn for an after office party, staff get together or a fun dinner that has an official and casual tone.