If you have invested some amount of money on some quality trainers and you aren’t getting the most of it then you are in the right place. In this guide, we are going to show you 3 cool ways we think are the best ways to wear trainers and sneakers this season. Don’t take our word for it, you might think you have them all figured out but here us out. 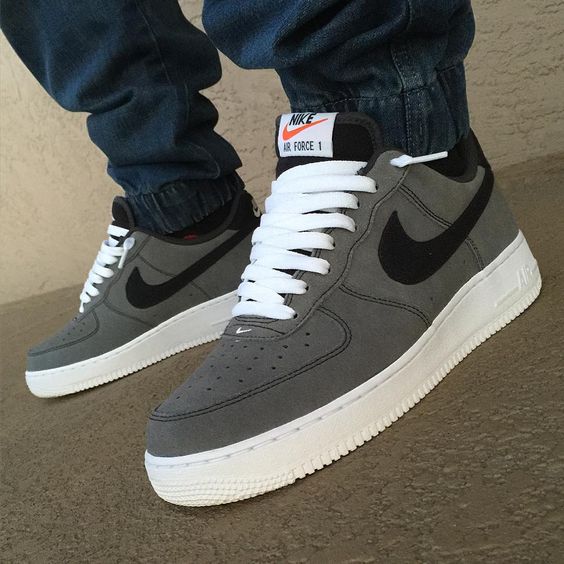 Rightly, your trainers are a true extension of who you are so it is imperative that you always get it right. This short guide will put you on the right track on how to properly style your favorite trainers.

Because of their versatile nature trainers have been given a new role in menswear. They are no longer solely used for sporting activities anymore. You can confidently dress a trainer up or down as the case might be. Although they can be worn for any occasion and most outfits, there are still some exceptions to the rule.

The occasion definitely determines the kind and style of trainers to use.  Most of them can be styled with most outfits.

Here are the three general ways trainers can be worn.

When it comes to men’s shows, trainers grace the every aspect of dressing available. High end brands like Gucci, Louis Vuitton, and Homme have taken the populace by surprise with breathtaking styles and colors. If you take a little peep at the catwalk, you can see for yourself that trainers are very much in trend and aren’t going out of trend anytime soon. One of the best ways to incorporate trainers into your wardrobe is by making them part of a casual look. 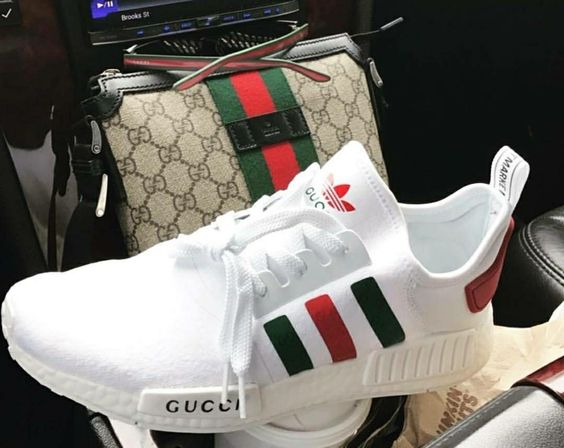 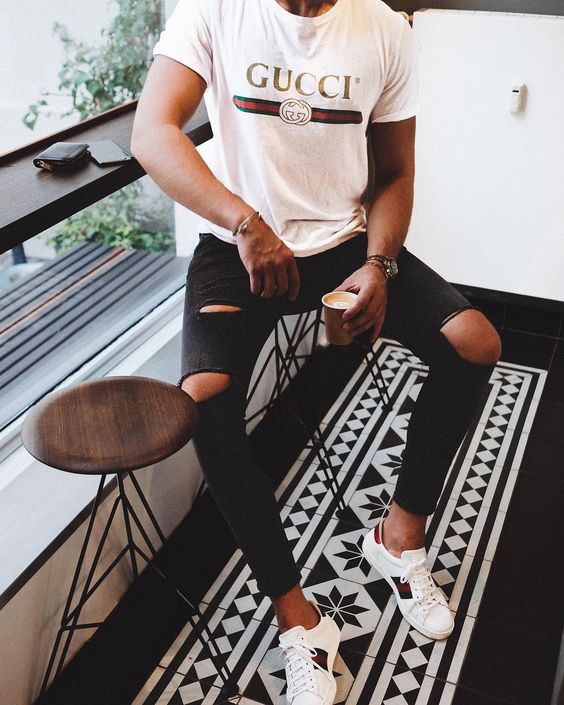 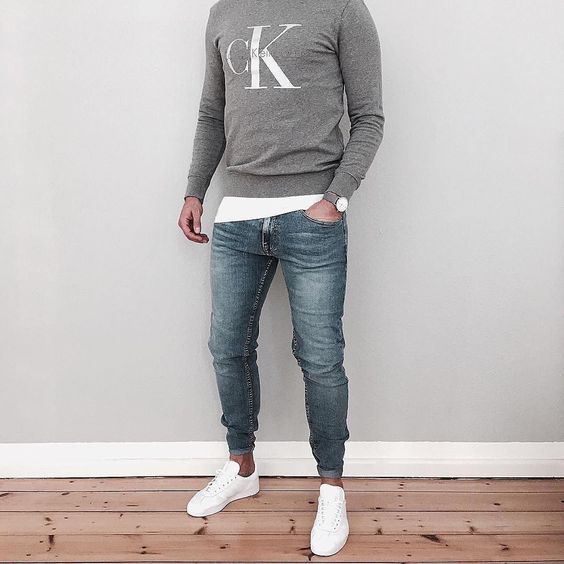 Replace the jeans with a pair of Chinos or joggers and the T-shirt with a sweatshirt. This combo is a nice way of appearing casual on trainers while keeping a subtle look as much as possible. For more options, rather than sticking with white or black opt for more daring colors that can liven things up a bit. Junky pairs of trainers like those from ASICS are a nice place to start. 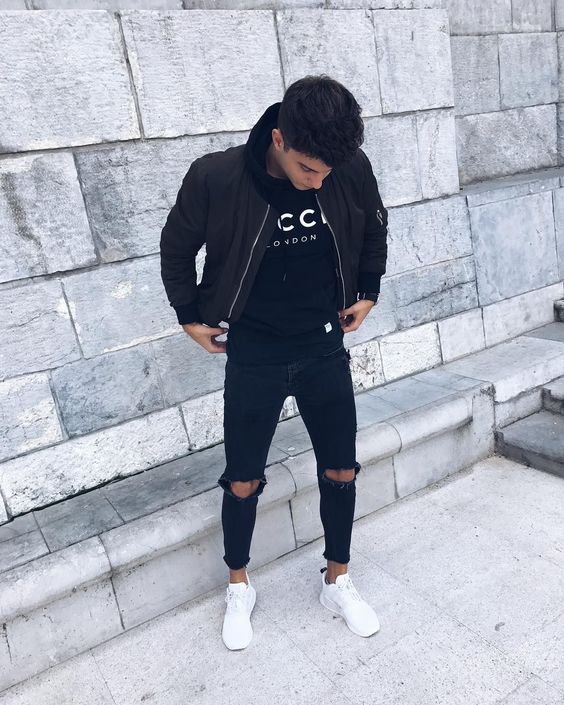 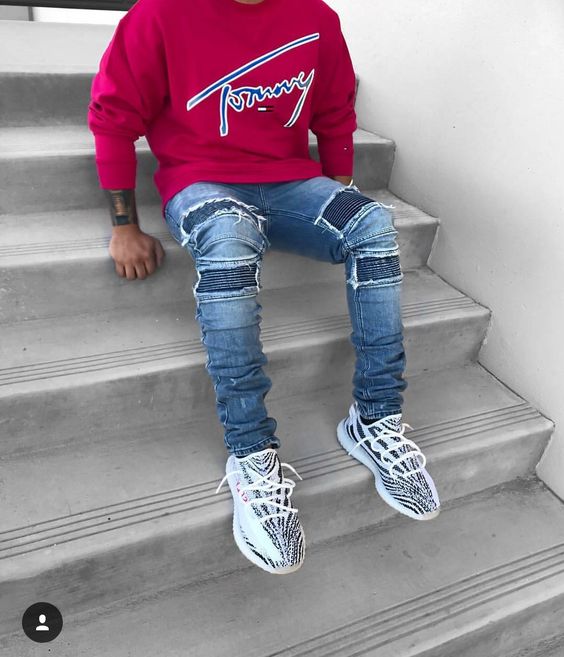 Pulling off the Smart Causal Look with Trainers 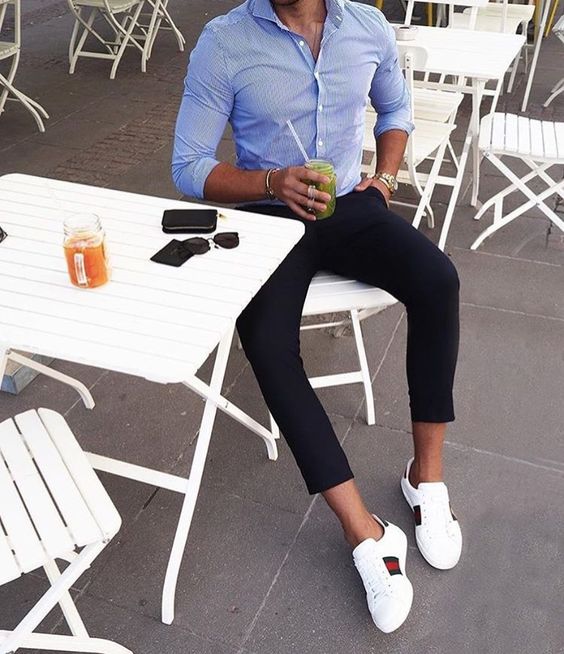 To achieve a proper smart-casual look, trainers are the best options for it. Taking the best of smart wears and casual attires mix them up to pull off the smart casual look. Wear a formal shirt and pants and add the twist of a trainer to water things down a bit. However, make sure that the trainers you wear are clean and not full of holes so that they don’t look out of place in formal gatherings.

A lot of people think formal attires and trainers don’t mix. Well, that’s because they haven’t really keyed into this dress combination. We hope the pictures of style icons that rock formal look with trainers proves them wrong. Trainers can indeed be paired effortlessly with formal clothing. 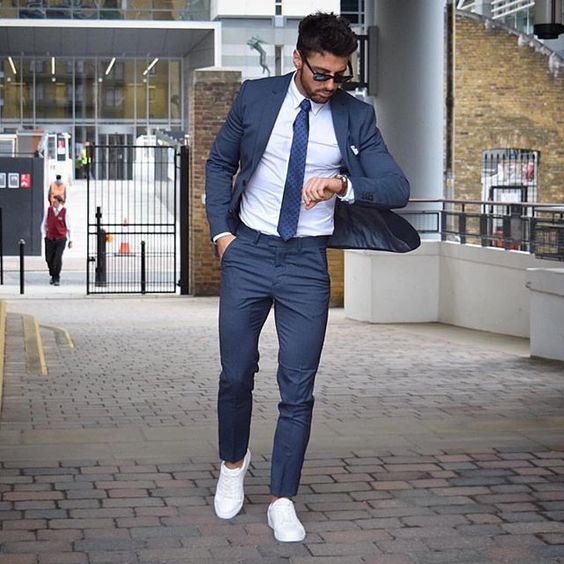 Suit colors such as black, grey or Navy goes very well with black and white trainers. One rule to follow in nailing formal look with trainers is to avoid bright colored and chunky looking trainers. You can try adding high top trainers to give you an edge other guys dare not try.

Black trainers will pair in nicely with any color of suit.

Three Ways to Wear Trainers in a Nutshell 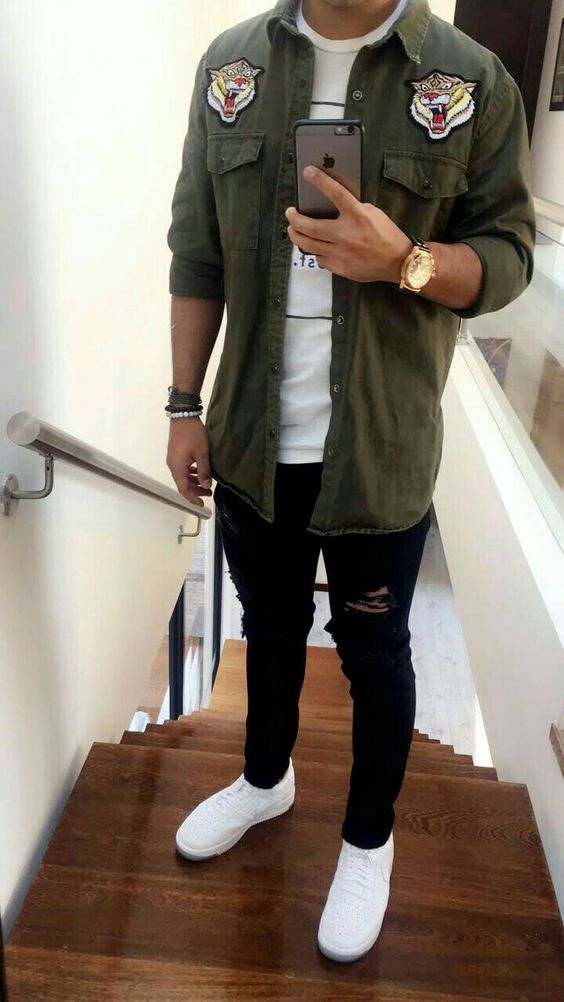 Trainers and sneakers are a staple in menswear fashion. Try as much as possible to invest a reasonable amount of money in a few pairs in different colors and shades for various occasions.